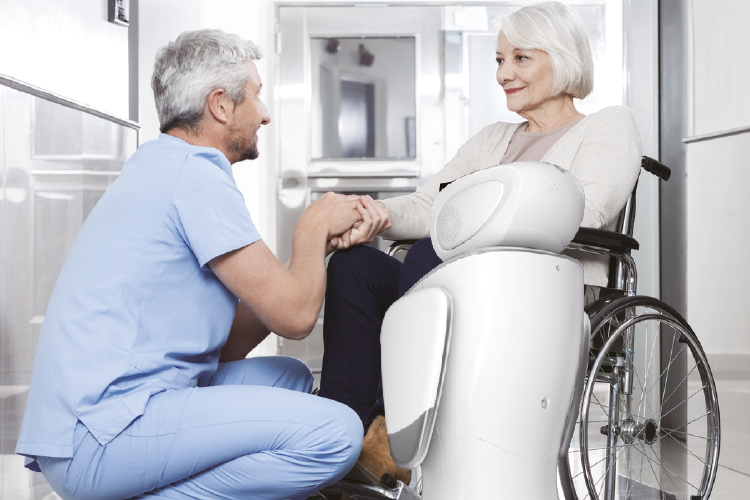 There are many definitions that describe social robots: one of them represents the robots for which social interaction plays a key role.

A “robot” to be defined as a SAR (socially assistive robot), must have the following “human” characteristics:

Socially assistive robots can be used for a variety of purposes, for example as educational tools and therapeutic aids.

A type of socially assistive robot has been designed for use by the elderly, in nursing homes or in hospitals. In these areas, one of the aim of SARs is to automate some activities that an elderly person is not always able to perform, such as getting on and off a wheelchair or feeding itself. Support in physical and cognitive exercise, or being together with the elderly in the public areas of residential facilities are other specific roles that SARs can perfectly play.

Still remaining within the healthcare sector, social robotics has also made great strides in the use of robots as hospital “assistants”, reducing any risks associated with, for example, patient-doctor contagion.

Socially assistive robots will also be increasingly widespread in the field of mobility and the financial / insurance sector, in catering and tourism markets too. Interesting prospects are opening up in these sectors: social robots will have a key role in reception and information functions.

Interaction with social robots is possible thanks to Vivaldi

How to make socially assistive robots interact optimally with end users? Human-robot interaction is made natural thanks to Vivaldi, the artificial intelligence developed by Omitech. Vivaldi allows robots to be programmed by adapting their behavior to the surrounding environment and human actions.

Contact us to receive more information on the social robotics solution that best suits your company! 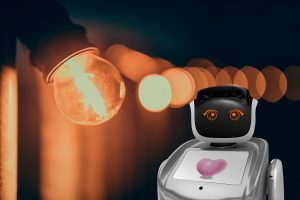 Industry 4.0: benefits, tax breaks and incentives for innovation in 2020, in Italy and in Europe

Benefits for Industry 4.0 in 2020: what tax measures and incentives are provided for companies Cobots, or co-robots, are robots designed and conceived to physically interact with humans in a